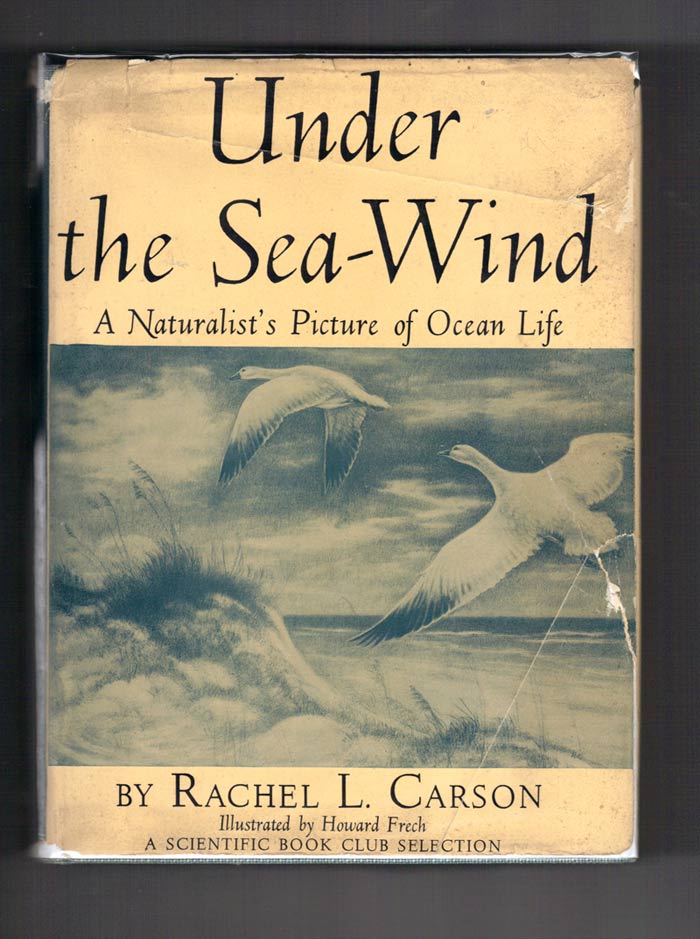 I have been listening to Rachel Carson’s narration of the coastal Atlantic ecosystem this afternoon while driving back to my parents’ house near Jacksonville from Jonathan Dickinson State Park, where I was investigating a very old shipwreck. (More on that later.)

Under the Sea Wind was Carson’s first book, published in 1941, describing the lives of assorted sea creatures in and around the Atlantic coastline, with special attention to a series of sea birds near the Out Banks and (my favorite) the mackerel Scomber, who we follow from the moment his egg joins a cloud of millions of not-yet mackerel to his maturity off the continental shelf.

Two things are striking. First, in its matter-of-factness, its devotion to presenting facts as they are and assuming the reality is miracle enough, it reminds me of the long tradition of nature catalogs that descends from Pliny through such works as Du Bartas’s Creation of the World  (1578) and James Thompson’s The Seasons (late 1720s), both of which are essentially religious nature writing. I wonder about the duration of this tradition into the 20c, and I best some of my ecocritc friends — John Elder? —  will have already done some writing about this.

Second, and here I might connect Carson to the Thoreau of Cape Cod, I’m struck by how violent the oceanic ecosystem is. Scomber’s mackerel-life emerges under the shadow of catastrophe: jellyfish wipe out virtually all the fry in a given level of the ocean before being themselves wiped out; juven ile fish are at the mercy of tides and predators, and the odds of any given individual coming to maturity are absurd. I suppose this is all familiar stuff, and it’s the same for insects and perhaps other forms of life as well — but Carson’s telling reminds me of how apocalyptic undersea life can be. All sea creatures live in constant ecological crisis, at least on an individual level.  And that’s before ocean acidification, climate change, etc.