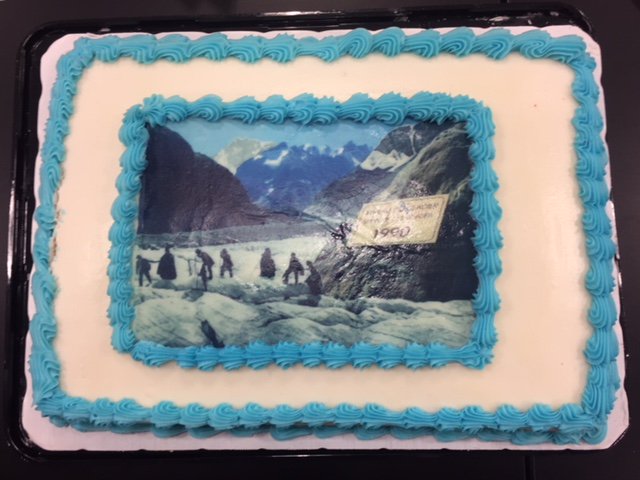 May is a transitional month where I live in southern New England. After a long wait, tulips, cherry blossoms, and hay fever all erupt. Academic semesters wind into exams. The air can be hot, but the water in Long Island Sound is still too cold for me to swim. (54.5 degrees at the New Haven buoy this morning: not yet, but soon!)

I’m submerged in sabbatical time-warp this spring, listening to my colleagues announce their final classes of the semester on FB and wondering if that means my research leave is over. So soon hath time, &c.

But this first week of May has also given me an intense eco-trio of events  that have me excited about the brilliance and imagination in the environmental humanities today. A good time to be catching the tide in flood! First up on Wed May 2 was the book launch of The Posthuman Glossary, co-edited by Rosi Braidotti and Maria Hlavajova (Bloomsbury). The event was hosted by Deakon U. in Melbourne, Australia, which meant I couldn’t even Skype in effectively b/c of the time change: 2:30 am local time is no good for this old body, even if I could have avoided waking kids and dogs. So I ended up learning a new trick by contributing a 4-minute video, in which I talk over a series of pictures taken from the little splash of the World Ocean to which I walk my dogs each morning. As my daughter told me with classic teenage eyeroll, iMovie is easy to use– and fun!

I hope at some point to hear the rest of the presentations!

Next up on Th May 3 was the first of two at the CUNY Grad Center: Brave New Worlds: Dwelling in a Changing Climate. Just the sort of multi-disciplinary thing that I like, this event featured a brilliantly arranged triplet of talks. Setha Low, anthropologist (and swimmer!) from the CUNY Grad Center, talked about her work in the Rockaways and Puerto Rico, with particular attention to how social justice should remain at the forefront of thinking about climate change. Bethany Wiggin, founder of the amazing Environmental Humanities program at Penn, spoke about the swampy history of Philadelphia in terms of oil, the “1610 Anthropocene,” and colonial expansion into the New World. Dylan Gauthier, a “boat builder artist” who teaches at the New School and Parsons School of Art and Design described a series of projects he’s been involved in over the years, including his work at Penn in the “Ecotopian Toolkit” project and (to my great delight) his longstanding interest in the glories of Newtown Creek. I’ve known Bethany for a few years, and it was great to get caught up a bit on the amazing things she and her Penn colleagues have going on. I’ve been a fan of Dylan Gauthier’s for a while also — I meant to ask how influenced by Hugo Grotius his Mare Liberum project is — and it was a treat to meet him finally. Plus Setha turns out to be another academic who does much of her concentrated thinking while swimming — so great to meet a kindred waterspirit! Friday the 4th was the  most intense of the three. Victorian Ecotime, a full day conference, juxtaposed seven substantial presentations of new eco-scholarship in Victorian literature and culture, followed by brief dessert-slices by four representatives of other areas of eco-study, including me speaking on behalf of the premodern.

It was quite amazing to be in a room all day listening to talks by academics who I don’t know discuss works I mostly haven’t read, or, if the works were canonical — Alice in Wonderland, “Dover Beach,” Hopkins’s “Binsey Poplars” — they were mostly things I haven’t thought about in eco-terms. (To me, I may as well admit, “Dover Beach” appears first and foremost as a slightly sentimental gloss on King Lear’s Dover cliff scene, 4.6. Am I missing something?)

As a couple of us on the closing round-table noted, the eco-theoretical touchstones invoked over the course of the day were familiar to us non-Victorianists: Haraway, Latour, Bennett, Ghosh, Morton, Heise, Scranton, etc. The terms of analysis were both familiar and tantalizingly askew: I’ve never heard so many great papers on genre without any mention of the inescapable (in my world) terms tragedy and epic. It was tremendously liberating to think about genre untethered to Aristotle and his interpretive tradition, though I also wondered if readings of Tennyson and George Eliot especially might have interesting things to say in dialogue with early modern generic ideas such as imitatio and contaminatio, not to mention Polonius’s “comical-historical-pastoral” hodge-podge. It’s not possible to keep all the balls in the air all the time, and it was a pleasure to watch people playing a slightly different game, with some of the same tokens I use on my home field.

In an effort to fix the super-abundance of the day’s talks in my memory, I’ll trace them quickly here before I lose them — with apologies for anything I’ve garbled or mistranslated out of the 19c idiom! Outside the Grad Center on Th night

The opening session,”Inveting Ecostories,” paired Dennis Denisoff (Tulsa) presenting a dizzying array of eco-pagan narratives with Siobhan Carroll (Delaware) unpacking the peat archives and coal plots shared obliquely by Walter Scott and Robert Louis Stevenson. I came away from that session thinking about heroism, and how the epic desire to stand alone and apart, to distinguish oneself — a problematic and sometimes destructive imperative in late capitalism and neoliberal academic culture also! — may not be compatible with the shared and systematic virtues that underwrite much ecological thinking. Can we have an eco-epic, an eco-hero, an eco-warrior? Do we want such a figure?

Next up, “Imagining Ecofutures” brought together Mark Frost (Portsmouth) on Victorian eco-apocalypse narratives about the destruction of London with a powerfull micro-analysis by Deanna Kreisal (UBC) of “Dover Beach” and “Binsey Poplars” in relation to what she calls the “eco melancholiacs,” in whose number she puts Morton, Scranton, Heise, and perhaps also Haraway. There was a lot of Freud throughout the day, and I wondered about the figure of the melancholiac as a response to eco-catastrophe: not a hero but something like a sensitive, attuned in mood (and perhaps bodily humors, in an older model of melancholy) to changes in the planetary climate.

After lunch we returned to “Mapping ecoforms” with a lively and sometimes musical presentation by Devin Griffiths (USC) on “just in time formalism” in a Darwinian sense, paired with with Nathan Hensley (Georgetown), who presented readings of Alice and Tennyson’s “Maud” in terms of the “boundary event” that ruptures categories: might these genre-breaking/reforming literary works provide an echo or ways to think about the boundary-erasure that is the Anthropocene/end Holocene event? I thought both about Derrida’s “law of genre,” in which nothing ever really belongs to itself (I think Nathan mentioned this?) and also, as I tend to do, about 16c Italian genre theorists who articulated what I basically think of as a sophisticated humanist theory of mash-up culture.

The keynote talk by Barbara Leicke (Carlton) dove deeply into two Eliot novels, Adam Bede and Daniel Deronda, that I’m ashamed to admit I do not know very well: maybe I read Bede in high school, or maybe not, and sadly Deronda still sits unread on the virtual self. But I loved her talk’s framing of the “too late” refrain in climate change rhetoric, and also the idea that a novel’s complex narration can isolate and engage the multi-faceted temporality that the Anthropocene demands. “Too late” for what? What might it mean to over-live an over-heated planet? Does the Anthropocene make zombies? Has it already?

I’m not sure who it was in the audience who asked the Bob Dylan comparative question, with reference to the great late-period song, “It’s not dark yet, but it’s gettin’ there” (Time Out of Mind, 1997) — but I appreciated it! (Pedantic & obscure note: in Toneelgroep’s incandescent production of Shakespeare’s Roman Tragedies, which I saw in Brooklyn in 2012, this song heart-breakingly choreographs Antony & Cleopatra’s last dance the night before the world ends at Actium. A sound track for the pre-catastrophize?)

The non-Victorian round-table opened at the close with brilliant post-colonial insights by Sonya Postmentier (NYU) and Jennifer Wenzel (Columbia), a rousing call to arms by Ashley Dawson (Grad Center and CSI), and was rounded out by my own plea, on behalf of the long premodern period from Lascaux to Hamlet, to, as the hashtag sez, #pluralizetheanthropocene! Such a pleasure to spend three days in May eco-ing with such imaginative and generous colleagues!